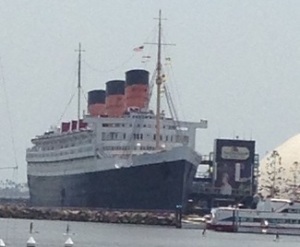 The Queen Elizabeth II visits California during AAMI
If you know me, or you are a regular reader of my blog, then you know I'm always traveling. I'm probably as used to taking a flight somewhere as many people are of driving to work. This past week was no exception, when I attended AAMI 2013 in Long Beach California.

I was impressed with the show and appreciated the opportunity to keep my finger on the pulse of the industry. I had the chance to see some friends and I also had a chance to see the Queen - I've included her picture for those who didn't get to the show.

I wasn't the only person from DOTmed in attendance at AAMI though. DOTmed News reporter Nancy Ryerson was part of the team attending the show. She put together some interesting articles covering the buzz at the show. For a quick rundown of the hot topics, you can see her list of the top five topics talked about at the show.

She goes into greater detail about alarm fatigue and the challenges biomeds face in reaching out to the hospital C-suite executives. Overall, I thought they were difficult challenges facing health care professionals and I'll be interested to see how they're resolved.