How will young people react to Affordable Care? 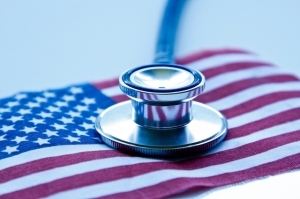 The problem is older people like me are more likely to need insurance or medications rather than young people who hardly need them. We provide health insurance for our employees at DOTmed at no cost, but I notice that our older employees seem to appreciate it more than our younger ones.

It occurred to me that with so many baby boomers reaching retirement age, this will result in additional costs that will create an extra burden on the insurance pool. And if young people don't embrace the program, then there won't be enough money in the pool to make it affordable for everyone.

Low-income people may want coverage as well, but some might not be able to afford it or may not qualify for federal subsidies. This is another problem.

I'm going to try to research what sort of tax incentives might be available to help make participating in the program more affordable for low-income individuals, as well as what's being done to make it more attractive to young people.

On the same subject, let's take a quick look at New York State. It seems as though the cost of insurance is going to be reduced by 50 percent as a result of the new health insurance exchange being set up. This might make a difference for young people signing up for insurance. If it doesn't cost them that much then they might feel it's better to take advantage of the exchange versus paying the penalty of not buying insurance, especially because in the back of their mind -- just like everyone's -- is the risk of catastrophic injury and not having insurance.

I've probably raised more questions than I've given you answers to, but I welcome your feedback on this topic.