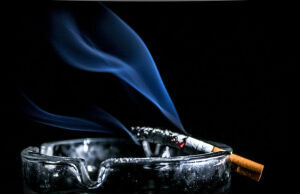 "By screening those at high risk, we can find lung cancer at earlier stages when it is more likely to be treatable," said USPSTF chair Dr. Virginia Moyer, in an official bulletin posted Monday.

The decision comes after a major study by the National Lung Screening Trial (NLST) released in 2011 showing that low-dose CT scans are better than X-ray at detecting lung cancer among high-risk patients, cutting down the mortality risk by 20 percent.

In particular, the modality shows promise for detecting early stages of lung cancer before patients develop symptoms. Most lung cancers are found when the tumor is relatively large and the disease has already progressed too far for treatment.

Early detection of small lung nodules could reduce the need for prolonged chemotherapy, surgeries and other treatment. In fact, an actuarial analysis published in the journal Health Affairs last April estimated that early detection screening might cost less per life-year-saved than cervical and breast cancer screening.

Lung cancer is still the most lethal cancer in America, killing 150,000 people every year with a survival rate of 16 percent, according to the National Cancer Institute.

The ruling augurs well for the technology's chances of getting Medicare reimbursement, potentially opening the door for CT to become a widespread screening tool for lung cancer similar to mammography.

However, the decision to cover lung cancer screening costs doesn't come without debate. Some experts caution that researchers don't know enough about the long-term benefits and harms of screening, let alone how often patients should be screened, to make concrete recommendations just yet.

In recent years a growing chorus of health experts has challenged the efficacy of widespread screening tools such as mammography, alleging that they often lead to needless tests, false positives and overtreatment. In fact, the Task Force itself has urged less frequent screenings for breast and ovarian cancer, saying these tests on balance do more harm than good.

Proponents of CT screening see the recommendation by the rigorously evidence-based USPSTF as a positive sign.

"Their research is second to none, and for them to come out with a positive rating is enormously important for the coverage decision. What we want to see happen now is CMS lining up and giving us a good decision," Gail Rodriguez, executive director of The Medical Imaging & Technology Alliance (MITA), told DOTmed News.

The Task Force's draft recommendation will be open to public comments until August 26th.