How to be a better negotiator 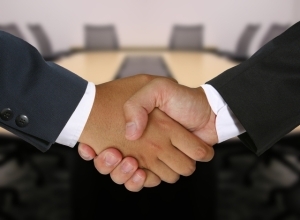 How do you define a good deal?

I routinely negotiate deals. In most months, I average $500,000. The largest deal I have ever negotiated was $50 million with a 1,200 page contract.

Everybody has heard the expression that a good deal is one that is fair to all parties, and of course logical people agree with that.

However, there are people who do not feel like they have won unless you lost. They feel as though negotiation is a zero-sum game and they have to get everything and leave you with nothing.

I hate doing business with those kinds of people and I avoid them.

Here are my tips on how to negotiate a good deal:

1. Never hurry. I have seen so many people regret having hurried.

2. Write everything down. Get everything you will need into an agreement and get both parties to sign the agreement.

3. Sit down and make a list of everything that is important to you in the transaction. Pick the items that are deal breakers for you and the ones that you would like to see.

4. Try to make a list of the things you think are important to the person who you are doing the deal with. You need to understand what is important to both sides so you can structure a deal.

5. Make a list of all the things that have to happen in the order that you think is going to happen. Identify who in the deal is responsible for accomplishing those things.

6. Draft a friendly but concise email summarizing what it is that you would like to see happen in the deal. But before you send that email, get on the telephone and have a conversation with the person that you are doing the deal with and let him or her know what is important to you.

Depending upon about how they respond, you will know if you are in the same neighborhood or not.

If it looks like you will not be able to do the deal, then move on. If you seem to be on the same page, then send them an email describing what you discussed and see how they respond.

All this seems like a lot of work but it really is not.

Once you reach this stage, create some sort of a contract. If it is extremely complicated like my 1,200 page agreement, you would have to consult an attorney. If it is relatively straight forward, you can do it yourself. It can even be done in an invoice but everything that is discussed needs to be covered in the invoice or contract.

Documenting things keeps people friendly and makes it clear who in the transaction is responsible for what.

I hope this is useful.