Do you know any smokers? 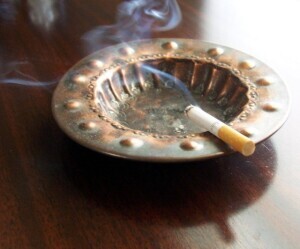 I have so many close friends who smoke, and I suspect many of them will be receiving low-dose CT screenings sometime soon. In case you haven't heard, the U.S. Preventive Services Task Force came out with a new recommendation to screen high-risk smokers between the ages of 55 and 74 annually with low-dose CT.

We covered this topic in our September magazine issue about CT. Here's the full story.

The decision was made after a major study by the National Lung Screening Trial, released in 2011, which showed that low-dose CT scans are better than X-ray at detecting lung cancer among high-risk patients, cutting down the mortality risk by 20 percent.

This is big news for all of us in the industry and big news for high-risk smokers too. Hopefully the intervention will result in fewer deaths and earlier diagnosis, which much of the evidence has already pointed toward. I'm sure OEMs are also pleased with the possibility of the recommendation generating more CT scanner sales.

As long as I'm on the subject of smoking, I understand those friends of mine in their 50s and 60s (which I consider middle age) are addicted to smoking. But I can't understand why young people smoke given all we know about the risks. Lung cancer is still the most lethal cancer in America, killing 150,000 people every year. I hope an intervention like this will not get in the way of getting people to stop smoking in the first place.