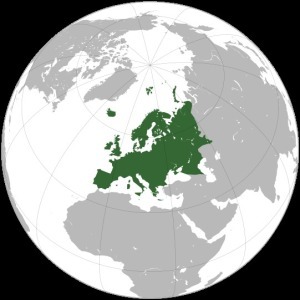 Over the past 10 days, I have visited five cities in Europe and met with representatives of over 40 firms and three hospitals. It seems to me that European health care professionals are very cautiously taking a page from the North and South American playbook when it comes to service.

Some of you will want to slap me on the back of the head when I remind you that I predicted this trend back in 2011 at DOTmed's RSNA breakfast briefing, so I am not surprised to see it happen.

This week's announcement that MESA will invest and enter into a strategic partnership with MVS is just another example of the trend.

I met Sebastian Cienki in Prague. He's the president of MVS and will also join MESA as the vice president of Pan-European Diagnostic Imaging Service. He is as innovative and fearless as the CEO of a U.S.-based ISO of the 1990s. It is no wonder Ed Sloan was drawn to him when Ed helped MESA expand in Europe.

I met a number of other firms during my trip and all of them seem to be more active and more confident.

In fact, there are U.S. players that turn to Erik Rehn with Inmed in Germany for help with service because of Erik's qualified service team.

I see this trend in hospitals as well. A hospital in Budapest asked me about a part for sale posted on DOTmed (that well-known website founded by one of North America's worst golfers).

So if you can provide service or supply spare parts and you live in Europe, now is the time to raise your hand. I feel certain that many U.S. independents will soon be looking to expand there.

This is great news for DOTmed as well because we are growing fast in Europe. As the market grows we will also grow because we are perfectly positioned to help. I am so glad because it is coming up on five years since I bought a new car.