Congress has acted, but will helium prices still rise? 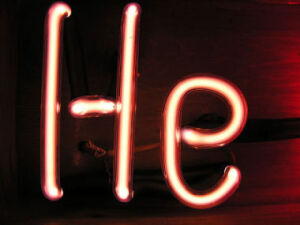 A couple of weeks ago, I wrote about my belief that we are about to face a helium crisis. At least somebody besides my wife read the blog post because a number of people commented and told me they think I am crazy. Now that Congress has acted by introducing a Senate bill that the House is likely to pass, they think the problem has gone away.

Let's pretend that helium is ice cream. Now imagine you are selling ice cream to 50 different high schools but all of a sudden, 40 of those high schools closed. You would face a problem, wouldn't you?

Because there are fewer schools, your competitor would leave the business.

One night when you are sitting around, you would say to yourself, "I am going to charge more for my ice cream and if the kids do not pay for it, I am going to do something else."

Kids have to have ice cream so you will end up charging more and they will pay it.

It's the same scenario with helium. Newer MRIs use less helium so there is less demand. But companies are going to have to charge more to cover their costs.

I still say it is a no-brainer that helium prices are going to go up and whether you are a health care provider or a service provider, you'd better have a strategy.

I hope I am wrong, but I do not think so.