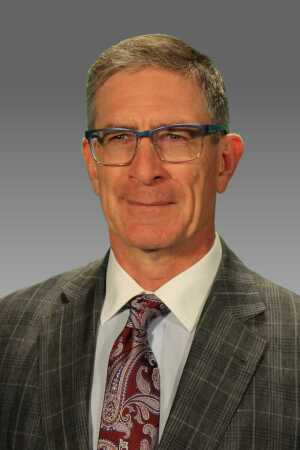 Siemens CMO Richard Frank
Most women know about breast cancer awareness month and its pink ribbons, but those same women may not be aware of an important trait that boosts their personal risk. Currently, there is no national law requiring that women with dense breasts be notified that having this status increases their breast cancer risks and makes their mammograms harder to read.

Though a dozen states have breast density inform laws on the books, and several other states have legislation in the works, letters are inconsistent, with some states providing clearer information than others. In December, the U.S. Food and Drug Administration will release a draft for a nationally standardized breast density notification letter for comment. Dr. Richard Frank, CMO at Siemens Healthcare, spoke with DOTmed News about why standardization is so important, and how current inconsistencies hurt women.

DMN: Tell me about your background in this area.
RF: I started at Siemens in July. My role here as CMO is to be the medical voice of the company, both in discussions like this in which I'm talking about topics of importance for Siemens, and also what I see going on in the external space. Historically, I had a similar role at another company. They had a group focusing on mammography across the various modalities, and so whether it was during the RSNA meetings over the last few years, or approaching legislatures and so on, I have a long history and involvement in showing the clinical applications for the various modalities involved in breast cancer. Before that I worked 20 years in the therapeutic pharmaceutical industry developing drugs, including anti-cancer agents.

DMN: I've heard that the language in breast density inform in some states is confusing. What are some examples of that?
RF: The variability from state to state includes such things as a letter that says "if" you have dense breasts, and the woman will look at that and think 'oh this doesn't tell me that I do have dense breasts, maybe this is not actionable, this isn't speaking to me'. This should be something that says, here is your circumstance that may call for additional thinking. Go see your doctor. This "if" word is a very serious one because it sort of neuters the whole effort.

DMN: What other differences have you noticed between the various laws?
RF: The other differences have to do with whether specific imaging modalities are mentioned or not. This can result in people over-thinking things, or feeling that there's some sort of vested interest, so they get cynical about the stuff. The simple matter is, they should be referred to their physician to ask a specific question: does the fact that I have dense breasts, despite having a normal mammogram, mean that I should receive some additional screening? That should be the long and the short of it. The woman needs to be empowered with the information that she does have dense breasts, and what that means is the following, because of that you should ask your doctor if more is necessary.
1(current)
2