Is a vaccine coming for breast cancer? 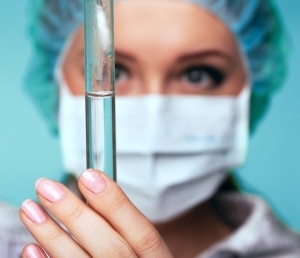 Could a vaccine prevent breast cancer? It sounds far-fetched, but a slew of top researchers, including a group at the Cleveland Clinic, are working on it.

The first step is finding a virus to target, in the same way the HPV vaccine prevents against the development of cervical and other cancers. HPV isn't the only virus that has been linked to cancer — hepatitis B has been linked to liver cancer, and the Epstein-Barr virus can lead to several types of lymphomas.

Though research is preliminary, scientists have identified one potential infection, HMTV, a rare virus found in 40 percent of breast tumors, a 2010 study published in Cancer found. It is unclear, however, whether the virus played a part in causing the cancer.

One non-profit has even set a deadline — the year 2020 — for finding a breast cancer vaccine. In February, the National Breast Cancer Coalition awarded a seed grant to two researchers who will take a systematic look through two sets of breast cancer genomes to look for evidence of infectious agents.

The Cleveland Clinic has also started a program. It announced in September that it was creating a spin-off company called Shield Biotech that would test breast cancer vaccines.

"We believe that the vaccine has the potential to stop the more lethal forms of breast cancer, as well as inhibiting the recurrence of triple-negative breast cancer in women after they have recovered from their initial disease," Dr. Thomas Graham, the Chief Innovation Officer at the Cleveland Clinic, said in a statement.

Meanwhile, other researchers are working on vaccines to keep tumors from metastasizing. One option is personalized cancer vaccines, which are made using women's own immune cells.

Whatever the method, breast cancer advocates are excited that researchers are now approaching the disease from the angle of prevention rather than treatment.

"When Angelina Jolie learns she has a breast cancer gene, we don't know what else to do, so we cut her breasts off," Susan Love, president of the Dr. Susan Love Research Foundation, said to USA Today. "We have to be looking for the cause. I worry that we don't, that we're paying too much attention to the treatment, which comes with a huge cost."