Has confidence in the dollar suffered because of health care reform? 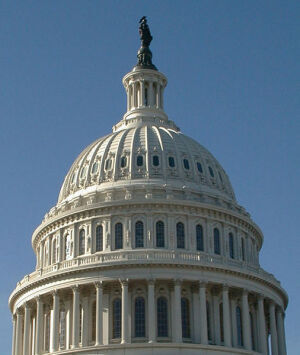 Although DOTmed is doing well, in 1999, when I founded the company, we just barely squeaked by. I had to do something to earn a living, so I invested around the world in medical clinics.

I still do business outside of the United States and every day, I speak to colleagues in different parts of the world.

This past week, many of those people have called me in desperation worrying about the government shutdown and whether the United States would default on its debt: Will the U.S. pay its bills? Should we move our money to Swiss francs or British pounds or even the Chinese renminbi?

Remember, this whole thing started in reaction to the Affordable Care Act.

I am not going to take sides in this debate, and I do believe that there is more than enough blame to go around. As an American, I am very disappointed with the way our leaders in Washington are acting, and I really believe that they should go out of their way to compromise.

The failure to compromise has created instability in world markets and a lack of confidence in the U.S. dollar.

As of Wednesday afternoon, it looks as though lawmakers will reach some sort of settlement to reopen the government, but I'm afraid there has already been a lot of damage done.

It really irks me to think that all of us in the United States are paying taxes so that our political leaders can live such dysfunctional lives.

I'm sure many of you have strong opinions. I welcome any thoughts on this subject.