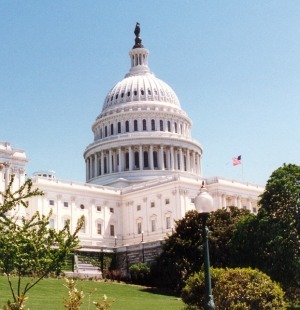 The bill that President Obama signed on Wednesday to reopen the government did not include any major concessions about health care reform — the very thing that led to the government shut down in the first place.

The controversial medical device tax took center stage in the budget debate that was supposed to fund the government through the next fiscal year. The Republican led House insisted that the tax be repealed and the Affordable Care Act be delayed one year as part of the deal to keep federal agencies open. But Senate democrats did not budge.

What ensued was a government shutdown that lasted 16 days with the hopes that the threat of defaulting on the nation's debt would convince Democrats to extract concessions from the health care reform law. But the only thing health care reform related included in the new bill that President Obama signed was a tiny income verification measure. The requirement says that Health and Human Services Secretary Kathleen Sebelius must guarantee that there is a way to check income eligibility for Americans who are receiving subsidized health insurance under the law.

The medical device industry has vowed to continue working with lawmakers to repeal the controversial 2.3 percent medical device tax, which was included in the law to help offset the cost of reform. Both Democrats and Republicans support the repeal.

In a statement released Thursday, Stephen Ubl, president and CEO of the Advanced Medical Technology Association (AdvaMed), said: "We are heartened by the strong and growing bipartisan support for repeal of the medical device tax in both the House and Senate, and we appreciate the commitment from many members of Congress to keep this issue front and center during the budget debate moving forward."

The new bill will only fund the government through Jan. 15.

Will the government repeal the medical device tax?

Why the ACO model is working for Montefiore Medical Center