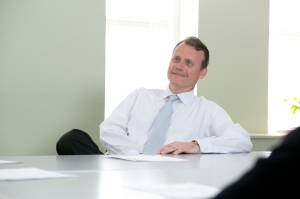 Matt Eyles, executive vice
president of Avalere health
Usually, if Medicaid beneficiaries begin earning too much to qualify, they have no choice but to switch to their employer's insurance, if it's available, or go without insurance altogether. With the Affordable Care Act, some Medicaid patients may now be able to enjoy continuous care even when changing plans.

"We were able to figure out that in 29 states there will be at least one option for individuals who might be on that line between Medicaid and exchange eligibility because of their income levels," said Matt Eyles, executive vice president of Avalere Health, which conducted the study. "If for example one year they sign up for an exchange plan, and the next year for whatever reason they might be eligible for Medicaid, they will be able to stay with their plan."

In 22 states, consumers will have two or more plans acting as both a Medicaid plan and a qualified health plan. California and Nevada are two states that are encouraging even more plans to participate in both markets.

Medicaid beneficiaries who live in states that have chosen not to offer their own insurance exchange may be able to choose a plan on the federal exchange from the same parent company as Medicaid, if changing providers.

Eyles hopes more plans will choose to bridge Medicaid and insurance available on the exchanges.

"I think it demonstrates how health plans are looking differently at the new environment," said Eyles. "I think it's a positive development that there will be a number of geographies where people can stay with a plan if that's important to them, and hopefully down the road that will lead to better continuity, better care and ultimately lower cost of care."