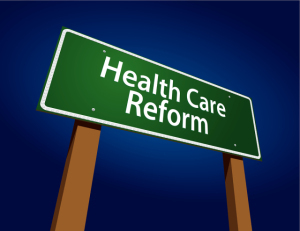 Even though Massachusetts health care reform cut the amount of uninsured people by almost half, it did not have the same effect on avoidable hospitalizations and racial disparities three years after implementation, according to a new Harvard Medical School and Boston University School of Medicine study published in The BMJ.

The researchers found that after health care reform implementation, timely outpatient doctor visits might not have improved much. According to Dr. Danny McCormick, an associate professor at Harvard Medical School and the study's lead author, it’s important to consider other factors including whether physicians are willing to accept insurance and financial hurdles such as copays and deductibles.

Less than half of outpatient physicians are willing to accept the public forms of insurance that many patients have under health care reform and certain kinds of insurance plans charge copays of up to $12.50 per medication per month, according to the study.

Before Massachusetts reform was in effect, the black and Hispanic population had much higher instances of avoidable hospitalizations compared to the white population, and after reform that did not change. Amresh Hanchate, an assistant professor at the Boston University School of Medicine and a study co-author, believes this is disappointing, since one of the main goals of health care reform was to improve racial and ethnic disparities.

The researchers are aware that the findings of this study may influence people to call for rollback of Massachusetts health care reform and even national health care reform. But they mentioned that improving access to care and reducing avoidable hospitalizations will happen when insurance plans that lessen cost hurdles and are broadly accepted by physicians are offered.