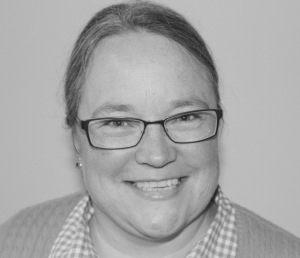 When the 114th Congress was sworn in on January 6, 2015, they didn’t recess until after the State of the Union Address later in January.
Instead, they rolled up their sleeves, spent time getting organized, had hearings, re-introduced bills that didn’t pass in the last Congress, and put out legislative drafts and reports for bold new initiatives.

To say it was a long, jam-packed six weeks of work to get to the annual President’s Day week recess would be an understatement. However, the next five weeks leading up to March 27th and the beginning of the spring recess could even be more interesting and dramatic in setting the cornerstones for the rest of the year and possibly even the entire 114th Congress, given that 2016 is a presidential election year and Washington starts to lose focus for anything that doesn’t help win the White House.

The 114th Congress has 70 freshman members and probably now more than two-thirds of the House of Representatives has never been through a “traditional,” budget reconciliation exercise nor seen the annual appropriations process go through regular order with each bill being enacted separately. So, to carry out some of the policy initiatives that are being discussed and hoped for such as Medicare reform, tax reform, getting rid of sequestration, as well as the repeal and replacement of the sustainable growth rate (SGR) for physicians, will not only require legislative policies that 218 in the House and 60 in the Senate can agree on, but it will also require an education in legislative process and procedure be presented and learned by all 535 Members of Congress just to make the wheels turn.

With the same political party in charge in both the House and the Senate, the budget committees of each chamber, respectively, are working to pass and reconcile a budget resolution to set the parameters for the FY 2016 funding process known as the appropriations and to set the savings targets for the authorizing committees to achieve, if a larger budget bill to reform entitlements and taxes is pursued. For the health care sector, it is exciting that the House Budget Committee Chairman, Rep. Tom Price (R-GA) is a former practicing orthopedic surgeon and knows first-hand what it means to bill Medicare and how hospitals and physicians need to work together in the best interest of t patients.

While the 114th Congress sees a few physician members lost to retirement, it also sees some MD members joining committees in the House and the Senate that have jurisdiction over health care policy issues. Rep. Larry Bucshon (R-IN), a cardiothoracic who practiced for many years before he took up the health policy mantel, now has a seat on the House of Representatives Energy and Commerce Committee which has the role of working on public health service programs, Medicaid and Part B of Medicare. He joins Rep. Michael Burgess (R-TX), an ob-gyn by training, who has been on this committee for several Congresses.
1(current)
2