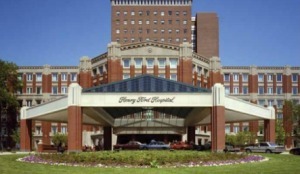 Rural health – rethinking care in the wake of hospital closures

In July, the Carolinas HealthCare System Anson in Wadesboro, N.C., a town of about 5,800 people, opened the doors to its new facility and embarked on a bold experiment: replacing Anson Community Hospital, a 52-bed inpatient facility built in 1954, with a new model of delivering health care.

Built for $20 million, the new hospital kept the emergency department, but cut the number of inpatient beds by nearly three quarters, to 15. While the facility still offers radiology, digital imaging, laboratory, pharmacy, surgery, and inpatient services, there is a patient-centered medical home within the ED, in an effort to provide primary care while reducing costly and unnecessary ER utilization. There are also community-based partnerships to address chronic health issues, such as diabetes, in rural Anson County, which in 2012 was ranked 89th out of North Carolina’s 100 counties in the County Health Rankings & Roadmaps program.

At a time when rural hospitals are closing at a rapid pace — more than two dozen have closed since January 2013, according to the National Rural Health Association — the leaders at the Carolinas HealthCare System knew things needed to change.

“We realized we needed to built a new model of care for the Anson community,” says Michael Lutes, a senior vice president with Carolinas HealthCare System. “We didn’t want to build the traditional model, especially with the challenges of rural medicine. We wanted to do something really different.” While it’s too early to determine the full impact of the change in Anson, in the first few months the hospital has seen a significant decrease of ER utilization for health issues that can be treated by primary care doctors.

“A lot of these patients didn’t have a primary care physician,” Lutes says. “If the first 90 days is anything like the next five years is going to be, we’re definitely on to something.”

‘Older, poorer, and sicker’
A majority of the rural hospital closures were in states with Republican leadership that blocked the Medicaid expansion offered under the Affordable Care Act. Still, many in the health care field agree that a number of issues affect rural facilities.

“Rural Americans are typically older, poorer, and sicker than their urban counterparts,” says Brock Slabach, a senior vice president at the National Rural Health Association. “It’s compounded if you’re a senior or minority living in a rural area.”

Indeed, data from the 2010 National Hospital Discharge Survey found that 51 percent of inpatients at rural hospitals were aged 65 and over, compared with 37 percent of inpatients in urban hospitals. Mark Holmes, director of the North Carolina Rural Health Research Center, notes than in the south, where many of the closures have been, the economy tends to be weaker.
1(current)
2
3
4
5