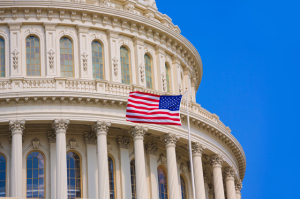 H.R. 2, the Medicare Access and CHIP Reauthorization Act, aims to eliminate the annual threat of cuts to Medicare providers and secure a five-year period of increased annual payments of point-five percent. After that, Medicare doctors would receive bonuses and penalties based on performance ratings; a big step for value-based health care.

Since 2003, Congress has spent nearly $170 billion on short-term patches, or 'doc fixes' to avoid unsustainable cuts imposed by the flawed sustainable growth rate (SGR) formula which was established in 1997 as part of the Balanced Budget Act.

Despite added costs estimated at over $140 billion by the Congressional Budget Office, House Democrats and Republicans have come together behind a bipartisan effort led by Speaker John A. Boehner and the House Democratic leader, Nancy Pelosi.

Despite the overwhelming majority vote, not everybody is thrilled about the legislation. Some members of the house are leery about aspects of the bill which they fear could restrict the use of Medicare funds for abortion services.

Others are concerned it puts too many cost pressures on beneficiaries, who may see higher premiums and would no longer be able to purchase supplemental policies to cover Medicare deductibles, (known as Medigap policies).

The Senate is expected to take up the bill after a two week recess.