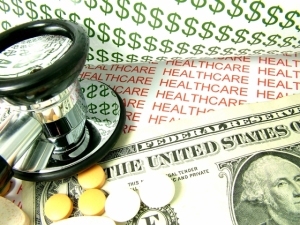 The U.S. government's vision for a value-based health system is largely built on the idea that consolidating services among care providers can mean better utilization of resources. ACOs — voluntarily formed networks of providers working together to lower spending and, in return, earn some of the money they save Medicare — reflect that vision.

The Next Generation Model, as it's being called, will allow qualified ACOs greater flexibility to make riskier decisions with higher reward margins than were available under the Pioneer Model and Shared Savings Program; previously released ACO programs.

CMS issued a statement on March 10th indicating participants in the new model, like in its predecessors, will be evaluated on their ability to deliver better care for individuals, better health for populations, and lower growth in expenditures.

Next Generation Model ACOs will also have additional coverage of telehealth and post-discharge home services, coverage of skilled nursing care without prior hospitalization, and reward payments to beneficiaries for receiving care from ACOs.

Their performances will be evaluated with quality metrics — including patient experience ratings — made publicly available.

This latest ACO model represents another step forward in the interest of setting clear, measurable goals and a timeline to move U.S. health care toward better care, smarter spending, and healthier people.

A CMS blog post from December 22nd, 2014 projected a total of 424 ACOs would be serving over 7.8 million beneficiaries in 2015. The Next Generation Model will not launch until the beginning of 2016, and only a small fraction of ACOs are expected to meet enrollment requirements.