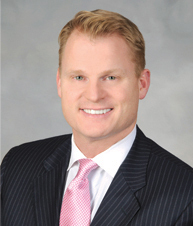 Tim Trysla
executive director at AMIC
Medicare currently maintains two separate fee schedules; one for hospital outpatient services and another for physician offices services, but the 2016 White House budget may change that. If implemented, the new legislation would establish "site-neutral" payments for Medicare reimbursement, which the Access to Medical Imaging Coalition (AMIC) thinks could hinder care.

The new model, which depends on a prior authorization system, could potentially undermine the basic differences between hospitals and physician offices, as well as their patient populations.

DOTmed News discussed the budget's implications with Tim Trysla, the executive director of AMIC, about how this may have come to be.

"There are a lot of strong incentives in the Affordable Care Act for hospitals to become ACO's to better coordinate care, to improve quality and safety, but there's also this ongoing price discussion," said Trysla, who fears the new budget comes at the expense of imaging access.

"What is not reflected in prior authorization is the actual cost in time of the physician," said Trysla. That could mean reducing the time that physician spends treating other cases, adding delays and denials to patients needing care.

Trysla believes leveling payment rates for off-campus hospital outpatient centers down to physician office payment levels could have a contrary effect on integrating services across the continuum.

"This is a payment fight, saying, as hospitals are integrating and seeing these different arrangements shake out, we are going to slash reimbursement," said Trysla, who adds that after so many cuts to the physician fee schedule it's unreasonable not to expect some sort of economic response.

Trysla said everyone essentially agrees on the need for an alternative payment system that moves away from pay for services, but these new changes may not represent a step toward realizing that goal.

"It's a growing discussion that has more to do with actual procedures and treatment, but we want to make sure diagnostic imaging — given the reforms we've put in place in both physician offices and hospitals — have an opportunity to take effect and drive appropriateness of care instead of having this reimbursement discussion that really doesn't reflect the way health care is being delivered today."