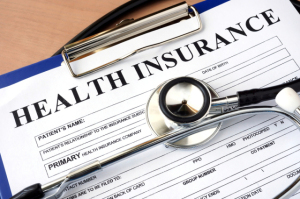 The pundits agreed, as usual: It would be tough to pull new customers to HealthCare.gov because, as as it enters its third year, those still uninsured despite its availability are just not likely to take up the opportunity for health care coverage.

The pundits are wrong, as usual. Nearly 6 million people have signed up for insurance for next year on federal exchanges, according to the federal government.

“The unprecedented demand and the millions of new customers who have signed up for health insurance send a clear message: The marketplaces meet an important need that had gone unanswered for too long" Health and Human Services Secretary Sylvia Mathews Burwell said in a statement.

The deadline had to be extended to deal with the surge, according to Kevin Counihan, the CEO of HealthCare.gov. The extension came about, he stated, because volume was so great that by the original deadline of Dec. 15, about a million people had been forced onto waiting lines to get through to call centers or use the website.

“The growth we’re experiencing is incredibly encouraging,” Counihan told reporters, according to The Hill.

Last week President Obama happily announced the numbers enrolled and stressed that it showed that the Affordable Care Act was succeeding. These 2015 figures compare to 3.4 million a year ago at this time. The numbers also show that 2.4 million of the present total are new — about a third more that the year-ago period.

“The more who sign up, the stronger the system becomes,” the president noted in his year-end press conference, according to the Washington Post.

These figures represent only the 38 states using the HealthCare.gov site. The signups in the 12 states that set up their own systems have yet to be counted. The larger numbers, argued supporters of the ACA, will help alleviate concerns about rising premiums for many plans, which did generally rise this year. Of course, insurance premiums had been dramatically rising for most plans prior to adoption of the ACA, as well.

“It's clear now that many people have been waiting to purchase coverage until this enrollment cycle,” said Centers for Medicare and Medicaid Services Acting Administrator Andy Slavitt.

“As Open Enrollment proceeds, we’re not taking our foot off the gas pedal. We're going to continue to work to deliver the customer experience that Americans want and coverage that provides health and financial security. We're reminding Americans that in-person assistance is available, that tax credits help lower the cost of coverage, and that if someone chooses not to buy health insurance and could afford to do so, they're at risk of paying a $695 fee or more. We know millions more Americans remain uninsured, and we're encouraging them not to wait," added Burwell.