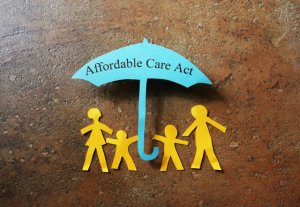 Newly released data is shining light on the impact of the Affordable Care Act on the rate of insurance among the most medically underserved populations in the U.S.

They found that between 2013 and 2014, the percentage of insured low income patients in those areas increased by 2.3 million — or 17 percent.

Likewise, the number of uninsured patients declined by 1.2 million, a 16 percent reduction.

Overall, hospitals in these impoverished areas treated 1.1 million more patients during that time frame, a 5 percent hike that is consistent with a larger trend toward federally funded health centers — whose patient populations have almost tripled in the last two decades.

The researchers based their findings on the 2014 Uniform Data System (UDS), which collected patient and health care information from the nation's community health centers.

"Our findings underscore the importance of the ACA to the poorest Americans," said Sara Rosenbaum, the Harold and Jane Hirsh professor of Health Law and Policy at Milken Institute SPH and a study author, in a statement.

Notably, Medicaid expansion contributed to nearly 80 percent of the 2.3 million newly-insured patients being treated at these health centers.

The number of privately insured patients also increased, and at 16 percent — a drastically higher rate than has been seen at any other time in the last two decades. The researchers credit that jump to private options made available in the health insurance Marketplace.

"This report shows the importance of ensuring that the ACA's resources reach all medically underserved communities, including those in the 20 states that have not yet expanded Medicaid," said Hirsh.