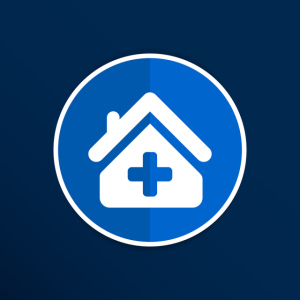 A CMS medical home demonstration project at federally qualified health clinics did not produce expected cost savings results. But policy experts, including the report’s lead author, are not ready to abandon the medical home concept vital to the Affordable Care Act (ACA).

“We did not find evidence of cost savings, which is a requirement under CMS to move a project out of demonstration to the next level,“ Dr. Katherine Kahn, lead author and senior RAND Corporation scientist told HCB News. “But I don’t think the study means we should give up on the medical home concept.”

Medical home is a patient centered-model that coordinates care among specialists, hospitals, nursing home and other providers by primary care doctors. It also gets patients more involved in managing their own wellness.

“We don’t fully know if medical homes will work in all populations – this was an indigent population. There is still a lot to know from the study,” said Kahn, who is also a practicing internal medicine physician and a professor at UCLA.

Dr. Marshall Chin, a medical doctor and the Richard Parrillo family professor of health care ethics in the Department of Medicine at the University of Chicago, pointed to the limitations of the study.

“It would be a mistake to conclude that medical homes don’t work based on the study,” Chin told HCB News. He said the study very possibly did not offer the right magnitude of financial incentives to bring about change. Participation amounted to only about a median of $26,000 in additional yearly revenue for each of the approximately 500 outpatient clinics that participated in the $57 million study.

According to Chin, the length of the CMS demonstration project was also too short. He cited a Health Resources and Services Administration (HRSA) project – the Health Disparities Collaboratives project – that improved quality and was cost-effective over a ten-year period in 900 community health clinics from 2000 - 2010.

“Two years is not enough time to bring about a major transformation in the health care delivery system,” he said. “Expecting to achieve the half dozen goals of the patient-centered medical home in that short amount of time, it’s not surprising the study did not reduce hospitalizations or costs. It takes real commitment over time to make these changes.”

He said there are three components necessary for such a change in the health care delivery model. The most important is a commitment from senior leadership and frontline staff. To achieve that, the financial incentive must be adequate for administrators to change the business model of their operations. And finally, staff and patients all need ongoing intensive coaching in the medical home model.

“The predominant fee-for-service reimbursement system rewards hospitalizations and high-technology procedures and does not foster change to a primary care led, patient-centered delivery system that incentivizes wellness and prevention over treatment of complications,” Chin said.

The CMS demonstration project ended in the fall of 2014. It was part of an overall $10 billion funding package under the ACA to experiment with new ways to deliver more cost effective, higher quality care. Kahn said the final of three reports, which RAND has been retained to complete, is expected to be out in the spring of 2016.