Will RSNA mark a change in the medical economy? 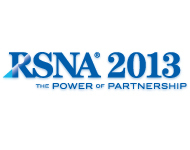 This RSNA is number 32 for me, and if I remember correctly, I've been an exhibitor at the show for the last 20 years. There is always a lot of energy that every company spends getting ready for the show, but at the same time, there is always debate in every company as to whether it is worth the money.

I can tell you that I have never regretted attending RSNA. You learn about new equipment; you meet people you have not seen in a while; you renew old acquaintances; you find out who is doing what and invariably, it leads to more business.

I am smarter than I used to be, so now I schedule meetings. With all of those people I have set up those meetings with and spoken to on the telephone, I am so impressed with how positive and upbeat they are.

Within the last two weeks, two people told me on the telephone, "I am really feeling good because now that the recession is over, hospitals are starting to spend money again!?!"

This is not a scientific poll but generally speaking, it seems to be the way people feel when I speak with them.

I do not know if this change in attitude is a result of the Affordable Care Act, the banks, or because of new equipment that is coming out. Perhaps it is just because people are so tired of being conservative that they are ready to jump out of the window.

Either way, I see it happening.

I am excited about another RSNA, staying up late, getting up early, having sore feet and squeezing my six-foot five-inch frame into those uncomfortable bus seats.

If you are going, I know you are looking forward to it as well.

If you are not, you can read our coverage of the show online, which I will tell you more about next week.