Special report: Reprocessing in an era of health care reform 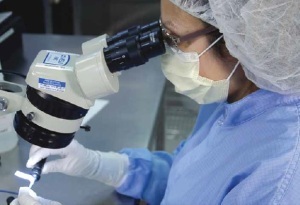 To the average patient, reusing surgical tools like colonoscopy biopsy forceps seems like the last thing hospitals should do. In reality, however, reprocessing is helping hospitals save millions of dollars and is forecast for robust growth, averaging almost nine percent a year, according to market research firm Millennium Research Group.

Reprocessing is by no means a new practice – in fact, it has been around for decades. But as cost-cutting measures are coming into vogue with the advent of health care reform, the industry has seen an especially strong surge of growth in recent years as more hospitals implement reprocessing programs.

“Hospitals are being asked to do more with less and reprocessing is one of the most impactful resource management programs that allows hospitals to save money,” says Kevin Liszewski, vice president of marketing and corporate accounts for Stryker Sustainability Solutions.

Along with cutting costs, reprocessing is also a savvy way for hospitals to show their commitment to the environment. The practice is estimated to reduce yearly waste by thousands of tons in the United States alone. “Four billion pounds of waste are generated by the U.S. health annually. Reprocessing does reduce waste, so this will be a key driver in future growth, and over time, it will increasingly become a factor as the environmental concerns become more acute,” said Sohaib Perwaiz, senior analyst at Millennium Research Group.

Around 3,000 U.S. hospitals currently have reprocessing programs, according to the Association of Medical Device Reprocessors. While pioneering academic centers were the first to adopt these programs, the net has now widened to include hospitals of all kinds and sizes.

According to their company websites, SterilMed (purchased by Johnson & Johnson in 2011) and Stryker Sustainability Solutions are each reporting year-over-year growth based on two factors: the increasing number of hospitals adopting reprocessing, and hospitals that are expanding their reprocessing programs to include more medical devices.

The two companies make up about 95 percent of the $373 million market for third-party reprocessing.

But there are still obstacles in the way of widespread adoption for reprocessing. The practice has been regulated by the U.S. Food and Drug Administration since 2000 and the agency has acted to strengthen its existing oversight, performing inspections on reprocessing companies and monitoring reports of adverse events. Still, some doctors and industry experts express concerns about the safety of reprocessed devices, putting administrators and physicians at odds over the safety and efficacy of these programs.
1(current)
2
3
4