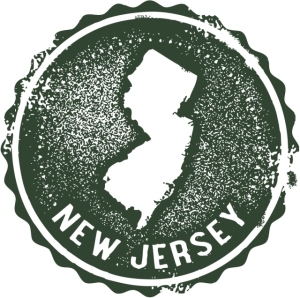 Although New Jersey joins 14 other states with breast density inform laws, its law can't give women specific and personal density notification, like most other state laws.

The breast density inform law that New Jersey Governor Chris Christie signed last week will only give women general information about breast density. In other words, every woman, whether she has dense breasts or not, receives the same notification about the possibility of a mammogram showing dense breast tissue.

"We advocates were quite disappointed with the 'inform' language now required to be sent to New Jersey women," said JoAnn Pushkin, co-founder of D.E.N.S.E., an advocacy group. "It moves the onus from the doctor to report, onto the woman to ask."

Radiologists also support this view, but in the end, a different medical specialty won out.

A Senate version of the bill required the inclusion of breast density notification in the woman's result letter after her mammogram. But according to Laurie Scofield, founder of D.E.N.S.E. NJ, when the bill got to the New Jersey Assembly, the medical association weighed in and pushed for a change to the language. This version was signed into law.

For the most part, opposition to the language in the Senate bill was led by the New Jersey section of the American Congress of Obstetricians and Gynecologists (ACOG). They believe physicians will be inclined to order additional tests, like ultrasounds, for women with dense breasts, in order to prevent lawsuits.

Studies have shown that mammography is not able to do as good a job as some other technologies in detecting cancer in dense breast tissue. On a mammogram, dense breasts have less fat and more connective tissue, which appears white on the mammogram, just like cancer, possibly making it easy for radiologists to miss.

A study presented last year at the American Roentgen Ray Society's annual meeting found that ultrasound screening performed after mammography on women with dense breast tissue was capable of detecting more lesions. Screening ultrasound was able to detect an additional 3.4 cancers or high-risk lesions per 1000 women screened, a detection rate just under that of screening mammography alone for women with less dense breasts, according to the study.

"My support is based on density notification which is clear, specific to the woman receiving the letter and which creates an actionable alert that would provide the woman with the information about her own medical condition," said Dr. Stacey Vitiello, a radiologist from the Montclair Breast Center, in a written letter to lawmakers.

She went on to say the bill will now mandate New Jersey radiologists to lie to 10 percent of the population they screen (women with fatty breasts) and provide misleading information to another 40 to 50 percent of their patients.

Even though the New Jersey law doesn't include specific dense breast information for individual women, it will require insurers to cover breast evaluations and additional medically necessary testing under certain circumstance.

"The bill is a good first step — it took me a while to reconcile myself to that fact," said Scofield. "It does raise awareness at a very high level, general level, but where it does fall short is it doesn't provide New Jersey women with enough information about their own medical condition to be their best advocate."

A federal breast density law, introduced by Reps. DeLauro (CT) and Israel (NY), is making its way through Congress. Dense breast advocates believe this could resolve any language issues in the future that might come up in individual states.