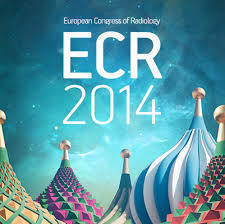 Attendance levels at ECR 2014, which took place March 6-10 in Vienna, Austria, would have been slightly down if it weren't for the 3,474 ECR Live viewer registrants who were able to watch more than 1,500 lectures online in real time during the annual conference.

"It will now be possible for any member of the society to go through a session from home during and after the congress. It's a tremendous treasure of knowledge for future radiologists, so I think that the ECR is again setting another standard for the organization of medical congresses," said ECR 2014 president Valentin Sinitsyn.

Official attendance figures from ECR stood at 20,010 this year, compared with 20,098 last year. This year, Germany sent the most delegates to the conferences, at 939. Last year, it was Italy with 981. This year, there were slightly more countries represented at the conference, as well as exhibitors.

One of the major themes at the 2014 conference was radiation protection. The European Society of Radiology launched a new campaign — much like the Image Wisely campaign in the U.S. — to promote appropriateness in medical imaging, maintaining doses within diagnostic reference levels, and emphasizing the "as low as reasonably achievable" (ALARA) principle.

"This congress for me is very specific because it's the first time that the ECR is connected to a political action...This campaign is a good summary of all our policy related to radiation protection," said Guy Frija, ESR past-president.