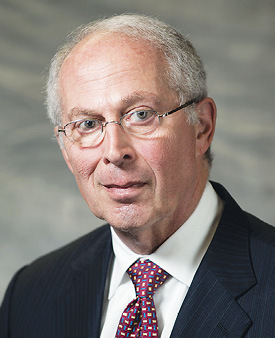 Dr. Harvey Neiman
(Courtesy RSNA)
The American College of Radiology announced today that CEO Dr. Harvey L. Neiman has passed away. He was 71.

"Dr. Neiman was a visionary. The initiatives undertaken by ACR during his time as CEO undoubtedly enabled dramatic improvements in patient care," said Dr. James A. Brink, vice chair of the American College of Radiology Board of Chancellors, in a statement.

Neiman was instrumental in leading ACR into becoming the recognized medical society that it is today, and he had a long career in radiology. Neiman received the Gold Medal award from both the ACR and the Radiological Society of North America, as well as the Distinguished Service Award from the Society of Radiologists in Ultrasound, which he helped found and served as a president.

Some of his more recent accomplishments as ACR CEO include spearheading and co-founding the Image Wisely and Image Gently initiatives to raise awareness of opportunities to lower radiation dose used in medical imaging, as well as the Dose Index Registry.

"ACR members and staff, the radiology community, and organized medicine have lost a dear friend and colleague, exceptional leader, mentor and luminary," said Dr. Bibb Allen, chair of the American College of Radiology Board of Chancellors, in a statement.