Ultrasound technology is getting across-the-board updates 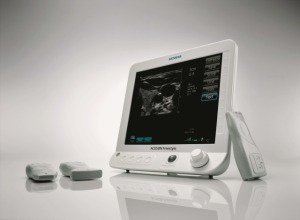 Short track speed skater J.R. Celski did plenty of hard work to become one of the best comeback stories of the 2010 Winter Games, recovering after his thigh was sliced by the blade of his own skate just five months before the competition and going on to win two bronze medals in Vancouver.

Although it didn’t get much attention from the mainstream media, ultrasound played a big role in tracking Celski’s recovery and allowed him to start training for the games earlier than expected, says Dr. Bill Moreau, managing director of sports medicine for the U.S. Olympic Committee, who served as medical director for Team USA at the recent Sochi Games. In fact, the use of ultrasound imaging to diagnose musculoskeletal injuries and track treatment is increasingly becoming the gold standard for U.S. Olympic athletes, surpassing MRI, so it’s no surprise that the musculoskeletal market remains the fastest growing area for ultrasound.

Moreau explains that ultrasound is the best way to distinguish between tendonitis and tendinosis, looking for vascular changes in the tendon and leading to the correct diagnosis. It’s also especially useful for follow- up and assessing whether someone is healing — a noninvasive, low-cost test that is good for both professional athletes and regular folks.

“It takes a lot of the guesswork out of return to play decision making,” Moreau says. “Ultrasound has been around for a long time. Now we can see there’s a much greater focus on it, especially in musculoskeletal medicine.”

It’s been said for years now that ultrasound is in the midst of a revival, with continued efforts to limit radiation exposure and lower health care costs. A recent study by 15 U.S. medical centers showed that although use of CT scans has risen for diagnosing kidney stones, CT is no better than ultrasound, which is less expensive and reduces patients’ exposure to radiation.

In reality, the U.S. market is growing, but the rate has slowed a bit from the double-digit growth seen in 2011. Last year, overall U.S. sales were up nearly 3 percent, according to a report published in April by Klein Biomedical Consultants. There is still a lot of movement in the point of care sector, including the musculoskeletal area, which grew 26 percent in 2013, according to the report.

How to recognize when your trauma center is in jeopardy