Mo-99 shortage may be a thing of the past 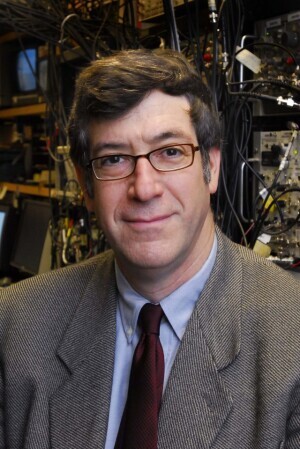 Mark Raizen
Photo credit: Marsha Miller
MAGIS, or Magnetically Activated and Guided Isotope Separation might be a game-changer for the nuclear medicine industry, according to a study published recently in the journal Nature Physics.

The method was developed by researchers at The University of Texas and it enriches stable isotopes — the precursors to radioisotopes used for nuclear medicine imaging. They demonstrated that for many isotopes it's cheaper than the existing methods, which will open up medical practitioners to a new world of innovation.

"There is certainly a very well-developed field of nuclear medicine, imaging and therapy, but in many respects the field is in its infancy and it's been held back by the price and availability of isotopes," Mark Raizen, professor of physics at the university and author of the study, told DOTmed News.

The reason why MAGIS is cheaper is because it doesn't have the large electrical running costs that the current go-to method — calutrons — has. Raizen said that to separate one gram of material with a calutron, it can cost $30,000 to $50,000 in electricity alone.

Since it's a lot more cost effective, it may help put an end to the imminent shortage of stable isotopes. For example, Molybdenum-99 is used for tens of millions of heart, kidney and breast imaging procedures every year, but the aging nuclear reactor in Canada that produces it is expected to stop operations in 2016.

"There is a looming crisis for all of nuclear medicine, but I believe we will avert that with this development," said Raizen.

Additionally, MAGIS can help with cancer therapy. A promising new treatment method called radioimmunotherapy requires either Copper-64 or Lutetium-177 and MAGIS can produce them.

MAGIS can also be used to develop new stable isotopes. "Our hope is that once it's available and the price can come down it will encourage exploration of new therapies and new imaging," said Raizen.

He believes that there's no doubt that MAGIS will replace calutrons and noted that the newest calutron machine is in Russia and was built around 1950.

"The calutron is like a dinosaur that is becoming obsolete," he added.

Now that all of Raizen's work in the research lab is finished, he said the next step is to get MAGIS out into the real world. The university filed a patent for the method and it was issued a little less than a year ago.

Raizen started a nonprofit foundation called Pointsman Foundation in order to license the method. The board of the foundation includes himself, the head of radiology at The University of Texas Health Sciences Center at San Antonio, a professor of pediatrics at Baylor College of Medicine and a yet-to-be named oncologist.

"We want to have people who really will help guide the most relevant therapies and imaging," said Raizen.

When MAGIS will get into the hands of medical practitioners depends on how soon he can raise the initial funds through philanthropy. He's currently working with the president of his foundation to make that happen.