Magnets and helium: partners in superconductivity 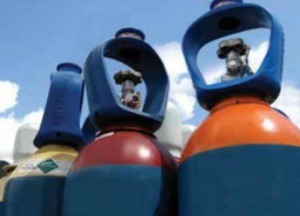 From the October 2014 issue of HealthCare Business News magazine

The United States government currently provides approximately 30 percent of the world’s helium. Their involvement in the gas goes back to the beginning of World War I, when blimps were thought to be the next big thing in military aircraft. Although blimps have all but retired to the green pastures of professional football fields, MR imaging depends on liquid helium to keep the magnet cold and the electrical current superconductive.

By 1996, the helium reserve had accumulated $1.3 billion in debt, so Congress passed the Helium Privatization Act, which required the government to complete the sell off of its helium supply by 2015. As the deadline approached it became clear that it was not likely to happen. HCBN spoke to David Fisher, vice president of health policy and strategy at Siemens Healthcare, about the decisions that followed.

Siemens was part of a coalition that set out to educate legislators on the economic risks associated with shutting down the helium reserve. “A law was passed to modify the 1996 law,” says Fisher. “It did two main things: allowed the helium reserve to remain open and sell helium, and established a new mechanism for selling helium through auction.”

Fisher says the new law, H.R. 527, known as the Helium Stewardship Act, established the framework for those auctions, which would be conducted on a semi-annual basis. “The Government Accountability Office did a report in quarter two of this year where they gave an update on the status of the helium sale,” says Fisher.

“My understanding is that the first auction was at the end of July and it sold helium at a price closer to the market price.” He says there are still some details that need to be worked out with regard to volume of sale and price of sale, but the government can now continue selling its helium supply in large volumes, and that was the intent of the law. The government will preserve a relatively small portion of the helium for strategic purposes.

HCBN spoke to David Joyner, the president of Air Liquide, a company that supplies industrial gases, including helium. Joyner described his experience attending the first U.S. Helium Reserve auction as, “Very unique.” He says, “It was a one of a kind methodology of selling helium that hasn’t occurred in the marketplace before,” a live bid process between the private industry players and the helium industry.
1(current)
2
3
4
5