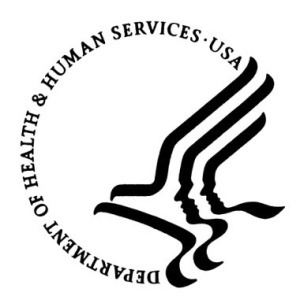 Courtesy of HHS
A new report from the department of Health and Human Services (HHS) projects a $5.7 billion drop in hospitals' uncompensated care costs as a result of the Affordable Care Act (ACA). A spokesperson on behalf of the HHS told DOTmed, "For purposes of this study, we define uncompensated care as the sum of unpaid hospital bills, and the cost of care provided to individuals without health insurance and without the means to pay."

Prior to the ACA, the number of uninsured U.S. citizens had been growing steadily for over a decade. Now that number is at a historic low, which means uncompensated care is going down-and hospitals are enjoying the returns, particularly in expansion states.

As part of the Affordable Care Act, 26 states across the U.S. voluntarily underwent an expansion of Medicaid eligibility on January 1, 2014. That meant allowing more low income citizens to receive government funding for medical treatment.

According to a related report, as of July, nearly 8 million additional individuals are newly enrolled in Medicaid and the Children's Health Insurance Program (CHIP), compared to before open enrollment in the Healthcare Marketplace began in October 2013.

The spokesperson from the HCC described the annual projections. "They assess how much lower hospital uncompensated care costs will be in fiscal year 2014 relative to what they would have been, had the Affordable Care Act coverage expansion not occurred," they said.

"The projections are based on the 25 states plus Washington DC expanding Medicaid," said the spokesperson, "Note New Hampshire and Pennsylvania have decided to expand but had not started enrolling individuals at the end of the second quarter of 2014, so they are excluded from the analyses."