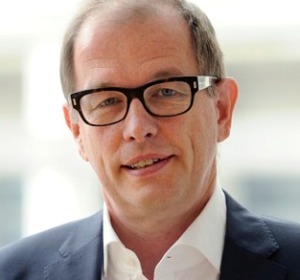 Lyndon Emsley
Traditional contrast agents are useful for improving signal density in imaging techniques, but their usefulness comes at a risk of toxicity to the patient. Now, researchers from France and Switzerland have teamed up to design a safe class of hyperpolarization agents.

DOTmed spoke to Prof. Lyndon Emsley, one of the leaders of the study. "With traditional contrast agents, you cannot see anything that was not visible before," said Emsley, "The hyperpolarized nuclear magnetic resonance (NMR) approach is to 'light up' a solution containing the marker molecules in the lab, and then quickly inject them into the patient to obtain an image of these beacons."

The substances, called HYPSOs, come in the form of a fine, white, porous powder called mesoporous silica, which contains those beacon-generating molecules to be hyperpolarized. The powder consists of particles with pore channels, and the surface of each pore channel can be evenly covered with molecules known as "organic radicals."

Emsley said this process of creating light, (the hyperpolarization multiplies the light signal by a factor of 10,000) is an example of positive contrast. Traditional contrast agents work through negative contrast so, "You cannot see anything that wasn't visible before."

Previous hyperpolarization techniques did not produce a pure hyperpolarized substrate. Instead, they relied on stable radicals to achieve an intense beacon property. "The main problem is that the hyperpolarization only lasts for a minute or so," said Emsley, "So if these contaminants are to be removed, then this chemical separation takes time, and leads to reduction in the intensity of the beacon."

"With HYPSO, one can, in principle, produce pure samples of a broad range of substrates, many of which were not previously practical," said Emsley. The discovery could yield unexplored horizons for research into molecular beacons for diverse pathologies.

Hyperpolarized molecules can allow for observation of metabolism in real time, tracing of a metabolic marker in-vivo, and detection of tumors as well as a tumor's response to treatment. Emsley said a consortium based at GE and UCSF have just done the first clinical trials aimed at prostate cancer, and many other groups are investigating unique avenues for impact.

"The next steps will be to provide in-vivo proof of principle," said Emsley, "and to develop a dedicated device for this kind of HYPSO based procedure."