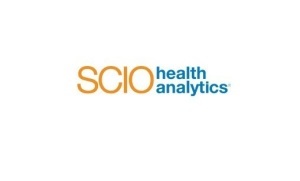 The benefits were determined by comparing patient performance on the COPD Assessment Test (CAT) and Medical Research Council (mMRC) dyspnea scale before and after the study period. The CAT scores fell on average from 26.71 to 12.33 and the mMRC scores went from 3.38 to 1.43. Both mMRC and CAT are validated measures of respiratory health status and although the numbers after utilizing the NIOV system are still high, they dropped on average by over 50 percent.

DOTMed News spoke to Kevin Farberow, senior vice president of life sciences at SCIO Health Analytics, about the significance of these findings. "It offers another modality to reduce lung disease symptoms," said Farberow, "we're seeing patients using this particular intervention having increased exercise tolerance and the ability to engage in activities of daily living."

For patients with chronic obstructive pulmonary disease (COPD), the clinical options available can change depending on which of four stages the disease has progressed to. "Typically this ranges from medication to oxygen therapy," said Farberow, who says the analysis indicated the greatest benefit among patients in stages two through four of COPD.

Farberow said there are several different goals moving forward from the study. "One is to continue research in terms of a larger patient population," he said. "There's also the economic impact that I think, from a research perspective, would be valuable in understanding."

The NIOV device is manufactured by Breathe Technologies, a company that specializes in respiratory devices. It is currently the only FDA approved wearable ventilation system.