Is proton therapy more affordable than you think? 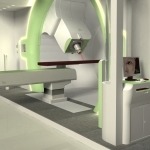 Researchers used Medicare reimbursement codes to analyze allowable charges for eight different types of partial and whole breast irradiation therapies and treatment schedules available to early stage breast cancer patients. What they discovered was that proton therapy costs for APBI totaled about $13,833 whereas IMRT for WBI came in around $19,599 - the highest cost total in the study. The average total charges across the eight treatment regimens was $12,784.

The findings come from The University of Texas MD Anderson Proton Therapy Center, which is also the institution that hosted the PTCOG meeting. On behalf of the study, postdoctoral research fellow and principal investigator, Dr. Valentina Ovalle said in a press release, "It is often suggested that trials of proton APBI are irrelevant due to the modality's presumed high cost, but our data shows that this perception is false."

As a treatment plan, APBI for early stage breast cancer is still being evaluated, but the early clinical evidence is promising. On average it spares at least two-thirds of breast tissue from a full dose of radiation, and the treatment itself is conducted over ten treatments in a single week. For WBI, treatment time may be much longer.

"The findings counter the presumption that proton APBI is so expensive that even excellent clinical results would be immaterial," said Ovalle. "If the payment barrier for proton therapy is removed so that current and future research can proceed, the outcomes may ultimately benefit patients, physicians and insurers: better treatments at lower costs."

Ovalle anticipates that the estimated Medicare reimbursement costs likely reflect relative charges to other third party payors. The researchers were unavailable to discuss these findings with DOTmed, but a manuscript detailing the results is currently being compiled.