Are U.S. firms missing out on selling opportunities at MEDICA? 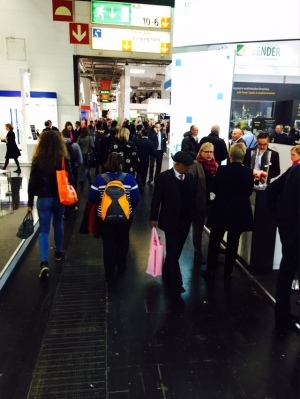 Walking at MEDICA
Today, I walked the floor at MEDICA 2014. Or maybe I should say I walked and walked and walked. There are 17 halls connected by a series of walkways both inside and outside. The exhibit grounds are huge and you can find just about anything being used in health care.

There is a respectable U.S. contingent. In fact, the show the show has a U.S. pavilion, a department of commerce pavilion and several state pavilions.

In addition to the U.S. there were more than 600 Chinese exhibitors in only slightly more space. Many small Chinese firms are introducing their products.

While I do not know how many buyers attended the show this year and those numbers won't be available know until the show has ended, we do know that last year there were 132,000 attendees. I believe if you are a U.S. firm and you want to expand your business outside of the U.S., you have to take a look at MEDICA.