Aging gracefully: the maturing of the cosmetic laser industry 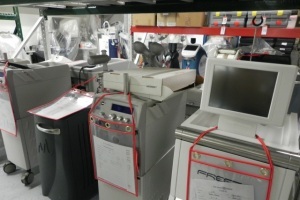 Like any new technology, the cosmetic laser is in a state of rapid development. Scientific advances allow faster and less invasive procedures and new regulations control who can and cannot operate equipment but, arguably most significant from a business perspective, experience has led to a savvier buying public than in the early days.

“Back then, I was new to all this,” says Vickie Hemphill of Serenity Skin & Laser, in reference to taking the plunge into the cosmetic industry and buying her first laser. “I put my house up for that machine. That machine cost more than my house did. I was a single mom raising two kids and it was a leap of faith for me,” says Hemphill.

With 20 years of experience as a licensed nurse already under her belt, Hemphill saw lasers as an opportunity to learn something new. “I was working in a doctor’s office after a series of hospital centers,” says Hemphill, “He was interested in lasers and asked me to get trained, I said ’sure.’” That was 15 years ago, and a lot has changed since then.

More options and less anesthesia
Fotona has been manufacturing lasers since 1964 — only four years after the technology itself was invented. One of their most recent cosmetic offerings is a system called SP Dynamis; a highly versatile dual wavelength laser that can be used for a variety of aesthetic procedures.

According to Keith Bateman, Fotona’s executive vice president, multiple applications, ease of use, reliability, and improved throughput combined with less invasive treatments, are all benefits typically associated with the latest and greatest in cosmetic lasers. Bateman says these improvements are exemplified in two new procedures performed with the SP Dynamis: NightLase and SmoothLase.

NightLase is a treatment to reduce snoring that requires no anesthesia. “Historically, you would perform uvulopalatoplasty, which is a serious surgical procedure requiring tissue removal,” says Bateman. Performing NightLase with the SP Dynamis treats the soft palate with no pain and no post-operative medication.

“SmoothLase is similar,” says Bateman, “You inter-orally treat wrinkles from inside the mouth without any anesthesia at all and no downtime for the patient.” In the past, Bateman says, these types of wrinkle reductions were achieved with skin resurfacing, where tissue is ablated and recovery time can be significant.

“The industry is growing most rapidly in Western countries,” says Bateman, “but there are also rapidly growing markets in China, Brazil, and several other countries.” His company sells cosmetic lasers in 60 countries worldwide. Abroad, vaginal tightening procedures are booming, he says, including two not marketed in the U.S., IncontiLase and IntimaLase, which are also performed with the SP Dynamis.
1(current)
2
3
4
5
6