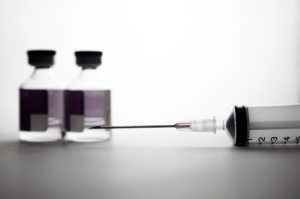 The U.S. market for contrast agents and radiopharmaceuticals will grow slightly by 2023, according to a recent Decisions Resources Group report. A number of factors are impacting the market including health care reform, the call for lower radiation dose and reimbursement.

Health care reform will have a positive effect, since more patients with insurance will translate into an increase in procedure volumes. The rising elderly population in the U.S. will also call for more contrast-enhanced diagnostic imaging exams.

But radiation dose will be a negative, now that there is more focus on limiting the amount of contrast used during an exam. In addition, newer and more advanced imaging systems are being built to require less contrast agent.

CMS altered its reimbursement criteria in 2011, expecting an influx of diagnostic imaging exams. But since the same amount of coverage is provided over the lifetime of a system, facilities will notice a reduction in the reimbursement they receive per scan. Private insurers are requiring radiology benefits manager authorization before a facility receives any reimbursement.

Beyond that the SPECT segment will be heavily affected by the current technetium-based radioisotope production squeeze. Right now, just eight reactors in the world produce those isotopes — and they can be shut down at any time.

However, the ultrasound contrast-agent segment will see growth in the next few years. In the past, there was concern revolving around the side effects associated with ultrasound contrast agents but that will be lessened by a reduction in FDA boxed warnings and new product releases.

The most recently launched such product is Bracco Group's Lumason ultrasound contrast agent which received FDA approval in October.