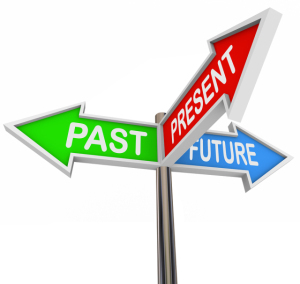 Kalorama Information's
top trends of 2014
Publishing 40-50 market studies annually, Kalorama Information is in a unique position to weigh in on the big stories in the health care industry. The firm has compiled a list of five key trends from 2014.

Three of those trends: growth of telemedicine, increased demand for biopharmaceuticals, and a flurry of mergers and acquisitions, have been regular topics on DOTmed News this year. But there were two items on the list that may warrant a closer look. We discussed them with Bruce Carlson, the publisher of Kalorama Information.

BRIC countries still growing, but not as fast

Carlson told us the health care markets in Brazil, Russia, India, and China saw less growth in 2014 than they had in recent years. "There is some simple math that will tell you getting the same percentage each year becomes harder and harder," said Carlson.

He said internal factors often play a role in this growth, such as government spending and the need to re-balance domestic expenditures. Despite that, these countries are still in a growth phase larger than the established health care markets in the U.S. and U.K. and are poised to continue in that direction.

Carlson said that while China and Brazil are safe bets to continue growing for years to come, India and Russia may be harder to gauge. "India can be a difficult place to distribute, depending on the region and the product," said Carlson, "And Russia's economy is based largely on petroleum prices, which can make it a difficult place to keep a business running."

DNA sequencers step into the limelight

In 2014, DNA sequencers became increasingly popular as secondary methods of analyzing tumors and tissue samples. Although traditional methods, like biopsies, will remain standard, the use of sequencers has grown and is beginning to draw attention from manufacturers and patients beyond the academic spectrum.

Carlson said the leaders in sequencers are currently Illumina and Life Technologies, with Illumina setting the bar for new innovations. "Illumina is a large health care player that needs to be thought of when talking about health care of the future," said Carlson.

"The question now is: How do we get a good IT system to actually process all this data — a sequencer is nothing but data — what do you do with it?," said Carlson, who points to Rosche as a company poised to make that data more relatable in the coming years.

Looking into the future

When asked to give his predictions for 2015, Carlson reinforced the notion that hindsight is 20/20. "It's tough to make predictions like that in health care. A lot depends on what the governments decide to do."

But there is one thing he thinks the industry can count on.

"Medical device companies growing by buying; I don't think that will change," said Carlson, "After what Medtronic did with Covidien, and then Stryker with a bunch of buys, Zimmer buying Biomet — if this were 2012 and Zimmer bought Biomet that would have been a huge story but in this climate a lot gets eclipsed because there's so much of it."

"With only 3 percent market growth in medical devices," said Carlson, "the way to grow is to buy."