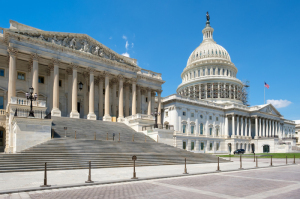 In a vote of 238-132, congress members from both parties voted Tuesday in favor of the Protect Medical Innovation Act, authored by Rep. Erik Paulsen (R.-Minn.), which, if passed, would eliminate the 2.3 percent fare levied on sales of goods produced by medical equipment manufacturers.

“Today's vote is a win for American innovation, American jobs, and most of all for American patients, who benefit from the life-changing innovations our industry produces every day,” Scott Whitaker, president and CEO of the Advanced Medical Technology Association (AdvaMed) said in a statement. “We commend Rep. Erik Paulsen and a number of leaders from both sides of the aisle for their commitment to permanently repealing this onerous tax and for working to ensure our member companies have the long-term certainty they need to invest in R&D, hiring and other capital improvements to create the next generation of treatments and cures.”

Enacted in 2013 under the Affordable Care Act, the tax levies a 2.3 percent fee on manufacturers, producers and importers for the sale of a product. A bipartisan coalition voted in 2015 to delay the tax by two years, only to delay it once more in 2017 for another two years, just days before the first payments under the tax were due.

Critics have argued for a permanent repeal of the tax on the grounds that it cuts jobs in the medical device industry, creates an unfair competitive landscape, and hinders innovations for patient care in development and research.

A survey conducted by the National Electrical Manufacturer Association, the parent company of Medical Imaging & Technology Alliance (MITA), in 2016 found almost 70 percent of firms in favor of permanent repeal, specifying that such action would make them more than likely to hire in the future. In addition, 60 percent specified that resources used to cover the tax could be applied as funding for additional research and development.

“Today’s vote demonstrates that protecting America’s medical technology industries, and the patients their products serve, is essentially a nonpartisan matter,” Patrick Hope, executive director of MITA, said in a statement. “The Senate should quickly take corresponding action and vote to send permanent repeal legislation to the president. It is the best possible way to end the uncertainty that has stifled investments in hiring and R&D for too long.”
1(current)
2
3