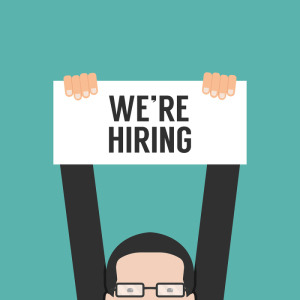 Most respondents are likely
to hire more employees now
The medical device industry is already reaping benefits from the suspension of the medical device tax. A survey commissioned by the Medical Imaging & Technology Alliance (MITA) found that the ruling had a positive impact on jobs and innovation in the medical imaging technology field.

The survey included 13 MITA board members and company CEOs, who represent 60 percent of the medical imaging manufacturers in the U.S. They were asked questions about the effects of the suspension of the device tax on research and development efforts, employment, and investment in operations infrastructure.

The results revealed that 69 percent of the respondents are likely to hire more employees in the U.S., and also invest in new infrastructure. In addition, 77 percent will probably to invest additional resources in research and development, focus on finishing one or more products under development, and partner with more universities or other providers to validate new products.

The device tax went into effect in 2013 through the Affordable Care Act, and lawmakers anticipated that it would generate about $30 billion over 10 years to help pay for the ACA. However, it only raised $913 million during the first half of 2013, which was about 75 percent of what they expected.

Medical device companies and associations have lobbied for the repeal of the tax since it was first introduced. The Advanced Medical Technology Association (AdvaMed) released survey results in January 2015 that found that about 18,500 employees were let go as a result of the tax.

The survey also found that the 44 AdvaMed member companies would forgo hiring 20,500 new employees over the next five years. However, if the tax was repealed 71 percent stated they would start hiring again.

The medical technology industry in the U.S. provides jobs for over 400,000 people and pays salaries that are 40 percent higher than the national average, according to MITA. It also invests almost $10 billion in research and development per year.