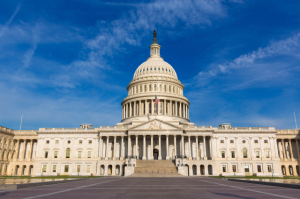 On Friday, Congress passed a two-year suspension of the 2.3 percent medical device tax in year-end legislation. The Advanced Medical Technology Association (AdvaMed), the Medical Imaging & Technology Alliance (MITA) and the Medical Device Manufacturers Association (MDMA) were among the organizations that applauded the decision.

“We are grateful that Congress was able to come together to preserve U.S. jobs and medical innovation by delaying the device tax for two years,” Nelson Mendes, MITA board chairman and president and CEO of Ziehm Imaging Inc., said in a statement. “The bipartisan cooperation we’ve seen gives us hope that policymakers will continue their work to fully address the device tax for employees, patients and advocates across the country who have been impacted by its harmful effects.”

Several medical device companies have been lobbying for the repeal of the tax, which was part of the Affordable Care Act. When the tax was first proposed, lawmakers predicted that it would generate about $30 billion over a decade to help pay for the ACA.

After it went into effect in 2013, it raised $913 million during the first half of that year, which was about 75 percent of what was anticipated. The two-year suspension will cost the federal government an estimated $3.4 billion between 2016 and 2017, according to the Joint Committee on Taxation.

Kalorama Information, a medical market research firm, stated that small companies with one or two products and less than 50 employees will be affected the most by the repeal.

"A top 20 device company can pay tens of millions and post a note in their annual report. A small company with one device needs all monies from their sales,” Bruce Carlson, publisher of Kalorama Information, said in a statement. “Small device companies are often funded by venture capital, least able to raise price or find a partner to merge with, and companies where the [2.3 percent] was critical operating funds."

Venture capital investment in medical technology decreased 42 percent from 2007 to 2013, according to healthaffairs.org. Carlson said that the tax was responsible for some of that, but so were other challenges the industry faced including regulation, reimbursement and device performance.

Not everyone believes repealing the tax was a good thing.

Dr. Bill Bithoney, managing director and chief physician executive of the health care consulting firm BDO Center for Healthcare Excellence & Innovation, said in a statement that medical device companies that have raised prices and reduced their work forces in the lead-up to the tax will receive a “windfall” when it’s repealed.

“While some camps will be legitimately relieved at the repeal of these levies, the simple reality is that the funds from both the Cadillac tax and the medical device tax are important to funding the Affordable Care Act. How will the projected billions of dollars raised by these taxes be replaced?,” he said.

The medical device tax is projected to go back into effect on Dec. 31, 2017, but whether it is repealed before then depends on who the next president will be and the balance of power in Congress.