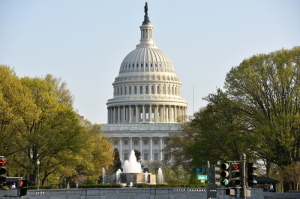 The suspension is one in a series of health care tax rollbacks included in a short-term spending bill passed late Monday, by a Senate vote of 81-18 and a House vote of 266-150, to reopen the government following a three-day shutdown. Its passage comes just days before the January 29 due date for the first payments under the tax.

“AdvaMed applauds passage of the two-year suspension of the medical device tax,” president and CEO Scott Whitaker of the Advanced Medical Technology Association said in a statement. “This suspension is good news for American patients and American innovation. Congress' action – just days before medical technology innovators were set to start cutting checks to the IRS – means funds will not be diverted from current investments in jobs, capital improvements and research into new treatments and cures.”

The tax, a component of the Affordable Care Act, required manufacturers of diagnostic and treatment medical devices to pay a 2.3 percent tax on the sale of each of their products before the approval of its first two-year delay in 2015 by a bi-partisan coalition.

This initial suspension expired at the end of December 2017, prompting critics of the tax to call on Congress for further delays, as well as permanent repeal on the grounds that such taxes have and would continue to cut jobs in the medical device industry while hindering innovation for patient care in development and research.

“We have information from the U.S. Department of Commerce that showed once the tax went into place, its direct impact on the economy was a loss of nearly 29,000 jobs in the whole medical device industry,” Patrick Hope, executive director of the Medical Imaging & Technology Alliance, told HCB News prior to the passage of the bill. “There was another study that came out by the American Action Forum, and they are predicting that 25,000 additional jobs could be lost by 2021 if the tax is allowed to remain in effect. We know there’s a cause and effect here. We’re seeing how it negatively impacts our economy by job loss and by discouraging innovation in products.”

Supporters of the tax, however, consider the impact on manufacturers to be overstated, pointing to evidence such as a 2015 Government Accountability Office report that indicates a continual rise rather than decline in medical device sales under the tax. That trend could be due to the expansion of coverage under the ACA, boosting potential markets for their products.

While thrilled with the news, many are still holding out for permanent repeal.

“While the two-year suspension is welcome, it is only an interim step toward the truly needed action by Congress to fully repeal this tax and unleash the promise of medtech innovation,” said Whitaker. “We look forward to continuing to work with the Hill on a bipartisan basis to drive toward permanent relief.”