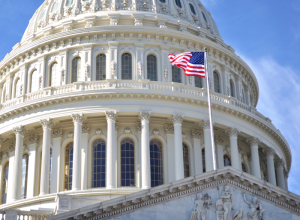 The three penned a letter Friday to congressional members, asking that they include talks on addressing the tax in their first legislative vehicle this week ahead of January 29, when manufacturers are required to resume paying the tax following the end of the two-year suspension.

“We have information from the U.S. Department of Commerce that showed once the tax went into place, its direct impact on the economy was a loss of nearly 29,000 jobs in the whole medical device industry,” Patrick Hope, executive director of MITA, told HCB News. “There was another study that came out by the American Action Forum, and they are predicting that 25,000 additional jobs could be lost by 2021 if the tax is allowed to remain in effect. We know there’s a cause and effect here. We’re seeing how it negatively impacts our economy by job loss and by discouraging innovation in products.”

The 2.3 percent excise tax was established under the Affordable Care Act before being suspended by a bipartisan coalition in 2015 for a two-year period that expired at the end of December 2017. Under its restart, manufacturers of devices for both diagnostics and treatment are required to pay 2.3 percent on every sale of each of their products.

Hope says organizations such as MITA are looking for a long-term solution, including permanent repeal, out of fear that the tax will make investors more hesitant to continue funding innovations that could potentially enhance patient care.

“When you’re planning to make investments, you’re making investments in research and development in innovating new technologies,” he told HCB News. “If you can’t rely on whether the tax will be there or not, you’re pulling back all those innovations. That is the impact that we’re seeing. That is the negative impact of not having that stability, not knowing whether the tax will be in place or not.”

In addition to manufacturers, many congressional members and other health care players also have called for delays or repeals in the medical device tax. Congressman Erik Paulsen (R-MN) and Congresswoman Jackie Walorski (R-IN), for instance, introduced a bill calling for a five-year delay in the tax just weeks before the expiration of the suspension.

Supporters of the tax point to evidence that its impact on manufacturers has been overstated. The Government Accountability Office published a report in June 2015 that found medical device sales had not declined — and actually continued to rise — after the medical device tax was introduced. That trend could be credited to the expansion of health coverage under the Affordable Care Act, which boosted the potential market for their products.

The first payments under the tax are due by January 29 as payments to the IRS, covering the first two weeks of 2018. "Timing is very important for Congress to act before the 29th, so that those payments don’t need to be sent to the IRS,” said Hope.