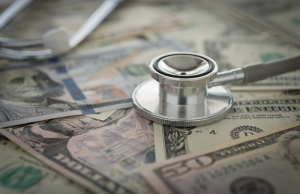 A new bill proposes delaying the
start of the medical device tax for
another five years
A new proposal in Congress may spare medical device companies a 2.3 percent tax on sales, starting in the new year.

Congressman Erik Paulsen (R-MN) and Congresswoman Jackie Walorski (R-IN) introduced H.R. 4617 on Tuesday, December 12, a bill calling for a five-year delay on the medical device excise tax, a provision of the Affordable Care Act (ACA) set to go into effect on January 1, 2018 following a two-year suspension. Both claim that such a tax would have devastating consequences on job availability and growth in the medical device industry.

“When the tax was put into place, we saw a loss of about 29,000 jobs,” Paulsen told HCB News. “Those are jobs that were put on hold because of less research and development. I talked to a lot of Minnesota companies that are small, maybe about 10-25 employees, and asked ‘What does the device tax mean for you?’ It’s a tax on their sales, not on their profitability. They said it means essentially ‘we’ll have too fewer technicians, maybe one or two fewer engineers, we’ll have one project we won’t be able to fund.’ This is one of those industries where we are a net exporter, where we can sell American and improve health care outcomes around the world. We should be promoting and helping it at all opportunities.”

The provision requires companies to pay a 2.3 percent tax on the sale of medical devices for diagnosis and treatment. A bipartisan coalition in the House and Senate voted in 2015 to suspend it for two years until the end of 2017.

Many medical technology companies have expressed a desire for a full repeal out of fear that the provision will negatively impact jobs as well as competition, investment and market growth, particularly for small companies.

Organizations, such as The Medical Imaging & Technology Alliance (MITA), praised Paulsen and Walorski in their efforts to delay the tax.

“The five-year suspension is a step in the right direction for stimulating economic growth, encouraging medical innovation and improving patient care,” Patrick Hope, executive director of MITA, said in an officially released statement.

“While we applaud this proposed five-year suspension, it is a only a first step toward the ultimate goal to fully repeal the medical device tax and unleash the full promise of job growth and medical innovation for American patients,” AdvaMed president and CEO Scott Whitaker, said in an officially released statement.

Congressman Paulsen says the five year delay could save jobs, prevent harm to patients and possibly allow for the passage of a health care agreement supported on both sides of the aisle.

“We’re looking at getting as many years possible for a full suspension if we can’t get a full repeal,” he said. “That’s why this five-year introduction was done, because there’s a possibility of getting a bipartisan package out of this and some other health care tax provisions, and maybe some Medicare provisions that could be rolled together as part of a legislative package that passes. It’s about making sure you have another bipartisan opportunity to move away an initiative that’s hurting jobs and that is harmful to patients because they will have fewer life-improving technologies.”