Are hysterectomies being performed on the wrong patients? 'Yes,' says study 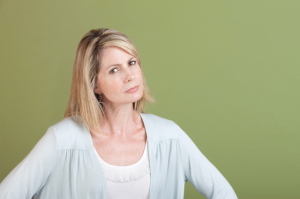 Over 400,000 hysterectomies are performed in the U.S. each year. Although that figure is on the decline, a new study of 3,397 women at 52 hospitals in Michigan who underwent the treatment for benign indications over a 10 month period in 2013, suggests that alternative treatments are being underutilized and treatment guidelines are not being followed.

Post-surgical pathology showed that 18 percent of the hysterectomies were unnecessary and that the rate rose dramatically in women under age 40 – 37.8 percent had unsupportive pathology. Almost 70 percent of those performed for benign conditions are done because of abnormal uterine bleeding, uterine fibroids, and endometriosis.

Acknowledged alternatives to hysterectomy include hormonal and other forms of medical management, operative hysteroscopy, endometrial ablation, and the use of the levonorgestrel intrauterine device as primary management of the conditions that sometimes indicate hysterectomies.

Experts hope that changing reimbursement policies will lead to better decisions for the patient, and more appropriate use of the treatment.