Study finds pain can be objectively measured in brain neuroinflammation 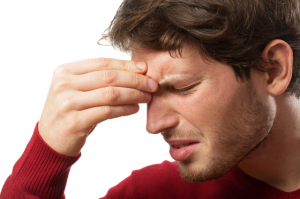 The degree of pain a patient is suffering has always been taken somewhat subjectively, but that may finally be changing. Researchers at Massachusetts General Hospital have discovered evidence of neuroinflammation in key regions of the brains of patients suffering chronic pain.

"Finding increased levels of the translocator protein in regions like the thalamus — the brain's sensory gateway for pain and other stimuli — is important, since we know that this protein is highly expressed in microglia and astrocytes, the immune cells of the central nervous system, when they are activated in response to some pathologic event," said Dr. Marco Loggia of the Martinos Center for Biomedical Imaging, and lead author of the study, in a press release.

The brain imaging study was conducted with one of the Martinos Center's PET-MR scanners using a new radiopharmaceutical that binds to the translocator protein. The images of patients feeling chronic pain were so easily distinguished from those who were not suffering chronic pain, the researchers could tell them apart with the naked eye.

The study also found that when patients were asked to describe their current level of pain at the time of imaging, those with the highest indications reported lower levels of pain.

"This means that what we are imaging may be the process of glial cells trying to 'calm down' after being activated by the pain," said Loggia.

Further research will be needed in order to determine whether different forms of chronic pain manifest themselves through different "glial signatures," or if the same patterns emerge for all pain.