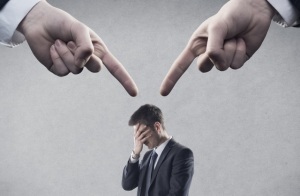 A patient and his wife have brought a $25 million lawsuit against St. Vincent's Hospital in Bridgeport, Connecticut, alleging sexual assault by one of its male nursing assistants.

The allegations state that the hospital should have known the man was a dangerous predator, and despite that, they put their patients in danger.

A case like this highlights to all hospital administrators the importance of proper preparation against, and management of, any such events. How a health care facility prepares and reacts will, after all, dramatically impact its liability in such a situation.

DOTmed News reached out to Michelle Foster Earle, the president of Omnisure, a risk consulting firm. She offered five key ways to handle, and ideally avoid, these situations:

1 - Conduct a thorough investigation and determine what systems might have been involved and what systems may have contributed to an opportunity for this to happen.

"Did they do all their background checks? Did they check references with former employers, including those in other states? What kind of training programs do they have?," suggested Earle. She says this is a time to look at how the institute has handled abuse allegations in the past.

2 - Take a look at your work culture. Does it encourage employees to speak up when things might be questionable?

Earle says that in many organizations worker empowerment is not encouraged. "People don't want to hear bad news, don't want to hear what might be going wrong or what can be done to prevent future problems," said Earle. That kind of work atmosphere enables bad behavior to go unchecked.

"Clear the calendar for a little while and make sure everyone is on the same page," said Earle. HR will want to look at employee screening processes. Nursing departments will want to examine the way they structure workflow and how they determine which staff members are assigned to which patients.

Once the team has a unified position on the situation, they should immediately begin addressing the work community, and hopefully also get back to some of the routine obligations they had put on hold.

4 - Think about your community and your employees

Your residents, employees, patients, and their families need to hear about any possible issues from you, not from the media. Earle suggests that hospital executives compile an official statement. Let them know what kind of steps you are taking to prevent things like this from happening in the future.

5 - Cooperate with the investigation

"The main thing is to not take a defensive position," said Earle. Ask yourself what you can do as advocates for your patients, your community, and health care in general to prevent this sort of thing from happening in the future. "Be transparent, and take care of the people involved," said Earle.

Let people know what you're doing to take care of anybody who may have been harmed in the situation, said Earle.

The lawsuit against St. Vincent's should serve as a tragic reminder to health care professionals that not all emergency situations are medical. When a crisis takes place, the work community needs to come together and address the situation head-on.

DOTmed News reached out to the lawyer representing the plaintiff, who responded in an email that so far their legal team has not had substantive communication with St. Vincent's Hospital.