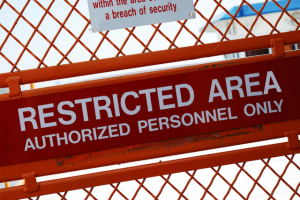 It recently came to light that a teenager had been walking the halls of St. Mary's Medical Center in West Palm Beach, Florida, dressed as a doctor. According to a security guard, the juvenile may have been doing this for a month and nobody spoke up or did anything about it.

Dressed in the hospital's name-stitched lab coat and with a stethoscope around his neck, the boy wandered the halls telling anyone who asked that he was a doctor.

Situations like this raise serious security questions for health care facilities, and the results of trespassing scenarios can easily veer off the embarrassing side of things and into the very dangerous.

DOTmed News discussed the problem of trespassers with Michelle Foster Earle, the president of Omnisure, a risk consulting firm. "This should be a wakeup call to hospitals across the country," said Earle, "This can happen just about anywhere."

The key to preventing situations like this is deceptively simple. As a rule, hospital employees should wear their name badges. Unfortunately, enforcing those kinds of rules can be easier said than done.

"In patient safety circles we call this normalization of deviance," said Earle. "That means you have a rule that gets overworked and nothing happens. No big deal. Then it becomes normal to not follow the rule and that process takes place without consequence."

Small hospitals, where everyone knows each other, are prime candidates for slacking off on following name badge protocols. Earle says that in a place like that, it's essential to create a culture where people introduce themselves to unfamiliar faces.

"Any hospital with an ER or trauma center should look at workplace violence prevention programs and maybe even conduct mock drills," said Earle. Identifying people who do not belong would be one aspect of those exercises, and a vital part of keeping patients and staff safe in the hospital.

Fortunately, nobody was hurt in the stunt at St. Mary's. The trespassing teenager is not being prosecuted.