A cost-to-benefit look at contrast injectors 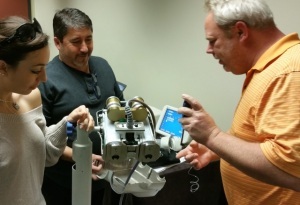 Where intravascular CT contrast is concerned, the injector is a vitally important component. It ensures that the contrast is active at the right moment to yield a meaningful image. And yet, the physics and mechanics behind an injector are relatively straightforward.

“A pump is a pump, and there are only so many ways you can inject fluid into an artery or vein,” says Stephen Maull, of Maull Biomedical. His company trains biomeds on how to use injectors and keep them functioning as intended for as long as possible.

But injectors are also a key part of a deeply complex imaging modality, and there are ways to make them communicate better and be more integrated with those imagers. Dan Brague, vice president and general manager, Imaging – North America at Mallinckrodt Pharmaceuticals, says, “In our experience, injectors are part of an intricately engineered and integrated system, made to both improve patient comfort and care as well as enhance workflow and efficiency in the radiology/imaging suite.”

The benefits of such integration are significant. With CT in particular, it means automating the synchronization between the injector and the scanner. With other imaging modalities, like MR and ultrasound, integration can open meaningful doors in DICOM analytics; how much dose has a patient received? How much dose have similar patients received? But the benefits of those data pools must be weighed against the cost of adding the features to an otherwise basic tool.

Dose documentation for contrast agents
Estimates vary on what percentage of currently active CT scanners are utilizing integrated features, but the number is far lower for MR. In fact, injectors are not routinely used for MR at all, except in the case of angiography, says Christiane Pering, head of innovation for medical care, at Bayer Healthcare. That’s something she and her colleagues hope will change soon.

“Our focus in the last year has been on making sure the technical features applicable to MR injectors have the same functionality as CT injectors,” says Pering. The value in that functionality is tied up largely in gathering a greater amount of information about the patient and the imaging process, while improving diagnostic outcomes and patient management.

Integrated injectors can also automate the use of contrast so that it is optimally timed with the imaging process. “When your injector is electronically interfacing with the system, they share one start switch; if they aren’t electronically interfaced, the imaging system and the injector each have their own start switches,” says Maull. “It’s more convenient for the operator if they are interfaced.”
1(current)
2
3