Olympus facing suits for infection and death of patients at UCLA 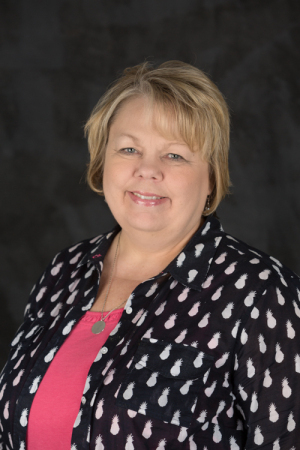 Vicki Allen
Olympus Corp. of the Americas is now facing lawsuits for negligence and wrongful death stemming from the UCLA Ronald Reagan Medical Center “superbug outbreak” linked to use of its TJF-Q180V duodenoscopes, according to news reports.

In the filing, plaintiffs claim that proper cleaning instructions were not updated correctly after the device was redesigned.

One of the plaintiffs is high-school student Aaron Young, still hospitalized with carbapenem-resistant Enterobacteriaceae, an antibiotic-resistant bug that is fatal up to 50% of the time. The second is the family of Antonia Cerda, who died from her CRE infection, and is also claiming injury and wrongful death, said various news accounts.

At issue, in part, is whether Olympus properly educated hospitals about standard sterilization protocol for cleaning the devices. According to Vicki Allen, who is infection control coordinator at Beaufort Memorial Hospital in Beaufort, S.C., and a clinical spokesperson for the Association for Professionals in Infection Control and Epidemiology, clinicians in the hospital rely on manufacturer instructions for keeping equipment safe.

“There are so many devices in a hospital that we have to depend upon the vendor to come in to educate the staff on how to clean equipment. Hospitals pay meticulous attention to this kind of detail,” said Allen. She reiterated APIC’s media alert that now is a good time for hospitals to conduct risk assessment on their cleaning protocols. This included the reminder that “Human factors play a significant role due to the complexity of the (Olympus) devices.”

According to the FDA, the ERCP procedure using the scope – about which the agency posted an updated alert Feb. 23 – exposed 179 patients at UCLA to deadly bacteria, with two deaths confirmed and seven other patients infected. It is performed more than a half million times a year nationwide. In the UCLA case, the scopes were cleaned according to the company’s guidelines, but the process did not kill the aggressive bacteria.

Dr. John Lieberman, an infection disease specialist who treats everything from plague to surgical-site infections, said 50 percent of patients he treats have drug-resistant infections, but not of the CRE infection associated with the Olympus scope infections, which is a much more aggressive organism.

“It is unclear exactly who or what is to blame for the transmission of these infections – but it may be related to the device itself or the cleaning protocol, or both. Further investigation is required,” said Dr. Lieberman.

“But the untold story here is the excessive use of antibiotics, that has led, at least in part to, the spread of highly resistant bacteria such as this CRE.”

He noted that studies in Europe indicate drug-resistant illness bacterial infections is much less prevalent. Why this is the case is not known for certain, but it is speculated that this is a result of markedly different patient culture and expectations, and physicians practicing more appropriately conservative prescribing patterns.

Allen agreed with Dr. Lieberman’s assessment. “Now is a good time to be educating patients about the proper use of antibiotics, she said.”

Plaintiffs' attorney Pete Kaufman reportedly has said that more patients may being joining the suit.