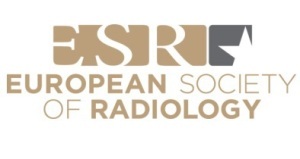 The European Congress of Radiology is the annual meeting of the European Society of Radiology (ECR), this year in Vienna. The ECR is the fastest growing medical society in the world, with nearly 64,000 members.

Today’s Honorary Lecture: Dr. John A. Brink, Radiologist-in-Chief at Massachusetts General Hospital and Juan M. Taveras, Professor of Radiology at Harvard Medical School. Dr. Brink writes and lectures widely and is a major figure in the field of medical radiation protection. His efforts in this area led to his invitation to deliver the Josef Lissner Honorary Lecture. He presented a talk entitled, “Is the Art of Medicine Dead in the Era of Population Management?”

Several presentations and exhibits of new and groundbreaking research and evidence-based medicine were offered on day two, including:

1 – Technology and finances drive radiology change – Radiology work flow continues to make the transition from research to clinical settings. New technology developments, such as the use of biomarkers, for example, require radiologists to collaborate with pathology and the laboratory in measurement functions. This will require evolving IT support. Radiology is also the most expensive diagnostic tool in a hospital due to the hardware, which makes it high-profile for delivery cost reduction. Radiologists will have to adapt to these and other changes.

2 – Mammography effectiveness presentation creates debate - Opposing views on screening were highlighted at a session focused on the Canadian National Breast Screening Study. “We estimated that 50% of the impalpable invasive cancers detected by mammography were overdiagnosed, 72% if in situ cancers are included,” said Dr. Anthony Miller, professor emeritus of the Dalla Lana School of Public Health at the University of Toronto. “We were accused of falsifying randomization so that women with advanced cancer were included in the mammography arm, and using poor mammography. However, the groups were well balanced in breast cancer risk factors, equal numbers of women with palpable abnormalities in the two arms were referred for review, and our cancer detection rates were as good or better than the trials performed in Sweden, where adjuvant treatment for breast cancer was not available.”

3 – Populations studies contribute to the prognosis of diseases – Use of biomarkers applied to genomics and metabolomics on large populations help researchers predict the incidence and progression of disease, particularly in oncology and cardiac. “Using biomarkers to streamline drug, tumor and disease progression discovery represents a huge advancement in health care,” Guy Frija, consultant radiologist at the Imaging Department at Hôpital Européen Georges Pompidou in Paris, told the Professional Challenges session.

4 – Hybrid imaging may soon make the jump from research to practical diagnostic tool – Several of the major equipment companies, including GE Healthcare, Siemens Healthcare, Hitachi, Philips and Toshiba, are homing in on design and technology to fuse MRI and PET scans. Neurology and oncology examples offer decisive developments for diagnosis and treatment application.


DOTmed ECR 2015 Quote of the Day: “I actually do not think that there are any specific sub-specialties or career options that automatically make your work balance easier than others. My one piece of advice is that you should always choose what you really want to do. You will only be good at what you are doing when you are truly interested in it.” Prof Birgit Ertl-Wagner, Professor of Radiology and Neuroradiology & MRI Section Chief, University of Munich – Institute of Clinical Radiology